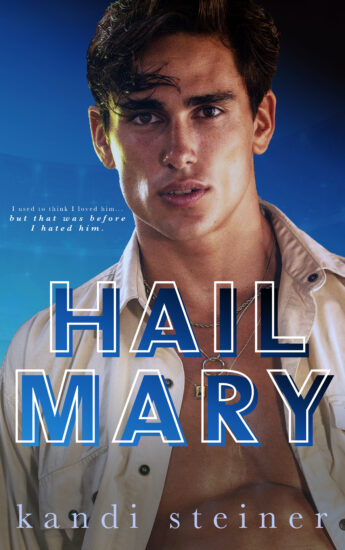 North Boston University’s star running back, notorious bachelor, and number one on my people I would murder if I could get away with it list.

And now?
He’s my new roommate.

I used to think I loved him.
But that was before I hated him.

He doesn’t remember who I am, or how he made my life miserable for years. And before I unknowingly moved across the street from him, I couldn’t have cared less. I was living my life despite him and what happened that summer, chasing my dream of becoming a tattoo artist.

“The Pit,” as the university so gracefully nicknamed the house he lives in with three other football players, has served as nothing more than a pain in my ass and a constant reminder of the boy who broke my heart. Watching him parade his one-night-stands in and out of it never helped, either.

But with rent this cheap and so close to the tattoo shop, I’ve learned to ignore him — no matter how he’s tried to get under my skin.

At least, until this summer. Because when a water and mold disaster leaves me with no choice but to vacate my house, I have nowhere to go. And Leo Hernandez offers me a deal I can’t refuse.

Live at The Pit with him and the guys, free of charge, until my landlord fixes this mess.

Ignoring him was easy when I lived across the street, but in the same house, with him shirtless half the time and watching me with his cocky grin and searing gaze? It’s impossible.

Still, I have to try. I have to push him away, even when he makes it infuriatingly difficult to do so.

He’s broken my heart once.
I won’t let him do it again.